Each Interreg program must draw up a Cooperation Program (SP) that will be submitted to the European Commission for approval. The SP is a reference document for the implementation of the program with a focus on the objectives, priorities and functioning of the program, contributing to the EU strategy for smart, sustainable and inclusive growth and to the achievement of economic, social and territorial cohesion. Interreg Vlaanderen-Nederland also chooses specific priority axes and corresponding thematic objectives for each program period, to which financing is linked each time. 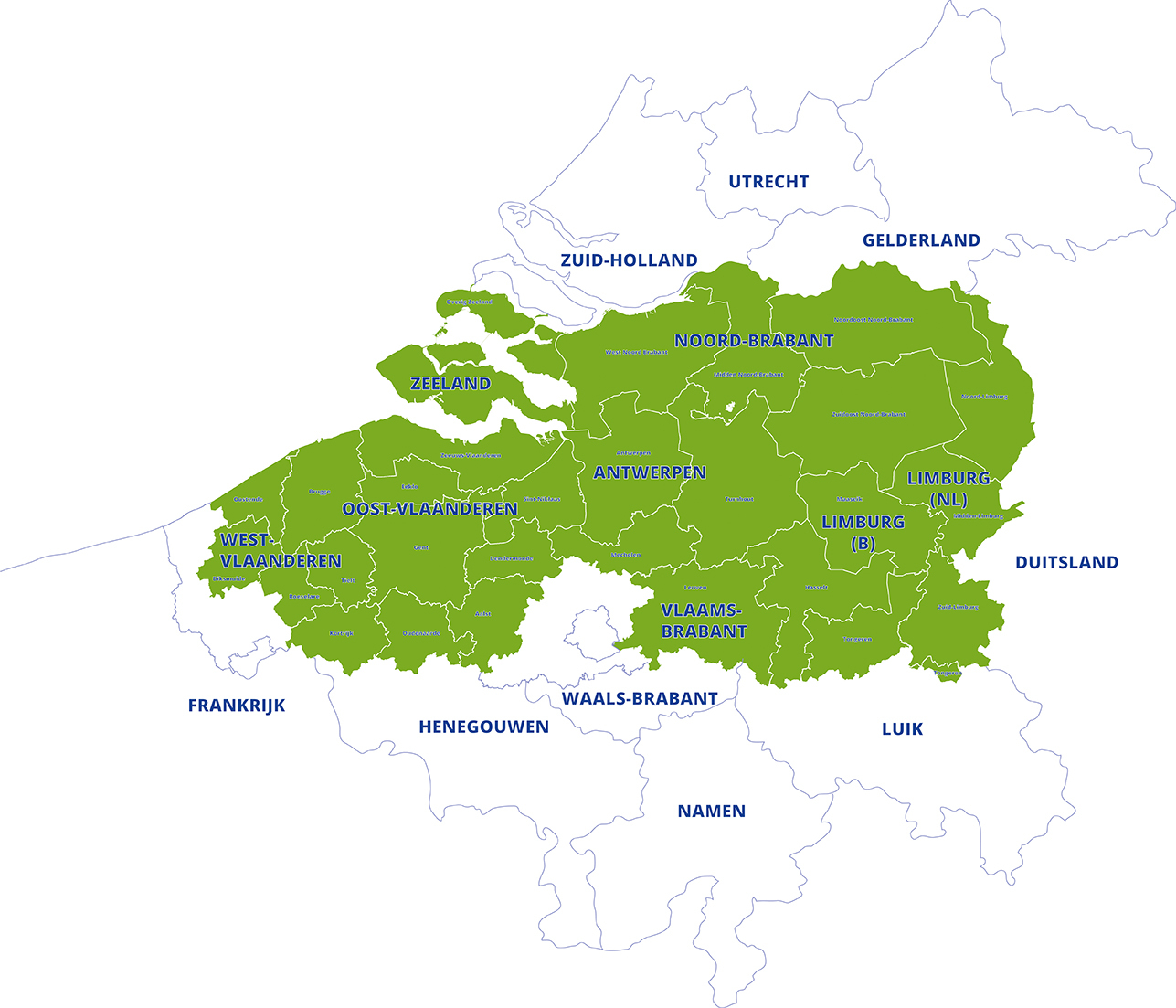 The Interreg program between Flanders and the Netherlands is carried out on the territory of (parts of) the five Flemish provinces and the three southern Dutch provinces. In Flanders, this concerns the provinces of Antwerp, Limburg, East Flanders, Flemish Brabant (only the arrondissement of Leuven) and West Flanders (with the exception of the arrondissements of Veurne and Ypres). On the Dutch side, the area is formed by the provinces of Limburg, Noord-Brabant and Zeeland.

The cross-border nature of an Interreg project is of course essential: on both sides of the border, activities, co-financing and partners must be ensured. If it means added value for the project, you can also involve partners from outside the program area, particularly from nearby economic centers such as Rotterdam – Rijnmond.